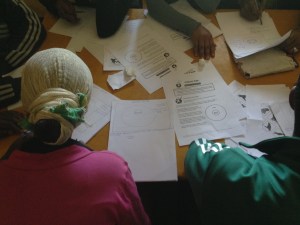 Initially the training was intended to be facilitated at Ediget school site: in the Staff Room. But after having observed that the chairs are not flexible (long sofa chairs which one can’t easily move here and there), we changed the training hall . We went to a library of a nearby primary school called Hibret Beliginet Primary School. The training began with a speech from the Wereda supervisor as regards what the training is about and the goal of the training

The flow map below presents what proceeded from the introductory speech by the instructional leaders . 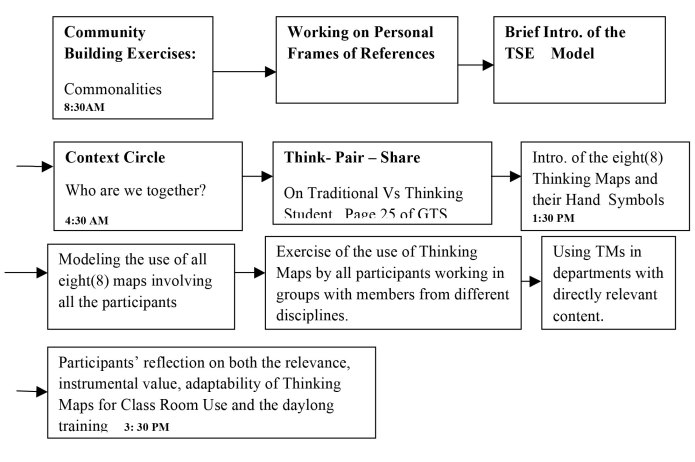 Participants were asked to share their observations and reflections on each of the sequenced activities above. The observations asked were on there relevance, adaptability to the concrete realities of their class rooms, there instrumental value  and use value for facilitating students learning and thinking and of course what they saw happening during their works on each of the tasks. 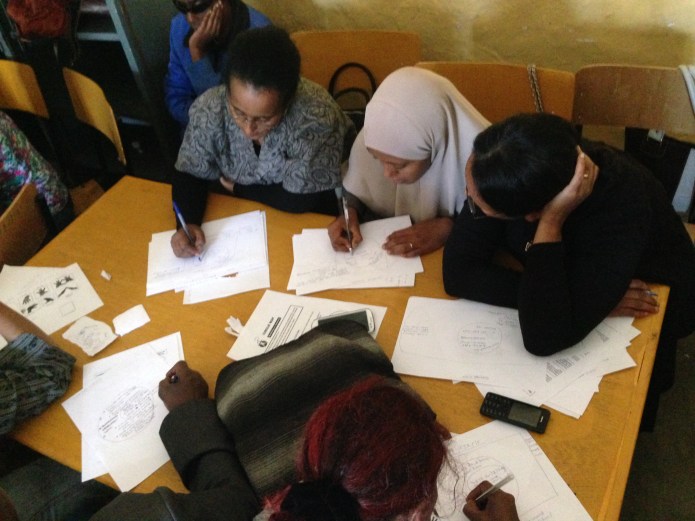 Participants were deeply engaged (this was specifically shown when sharing their own personal frames of reference –there was actually observed deep emotional engagement as they were sharing from their personal real life experiences and surfacing memories from the distant past in their lives in the cases of those who were senior educators). 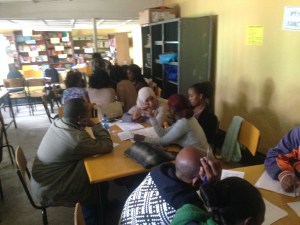 There were also concerns aired with regard to portion coverage and time management for which we tried to respond to satisfactorily. One event we encountered and that we feel worthy of mentioning, here, during the day was the collapse of a senior female educator who we were told was diabetic. The teacher got well after having taken sugar and candy which she kept in her bag. Deeply touching it was. This was, by and large, how the training went. The supervisor shared that an evaluative questionnaire will be distributed for assessing the value of the training and we will embark on implementing the next steps. 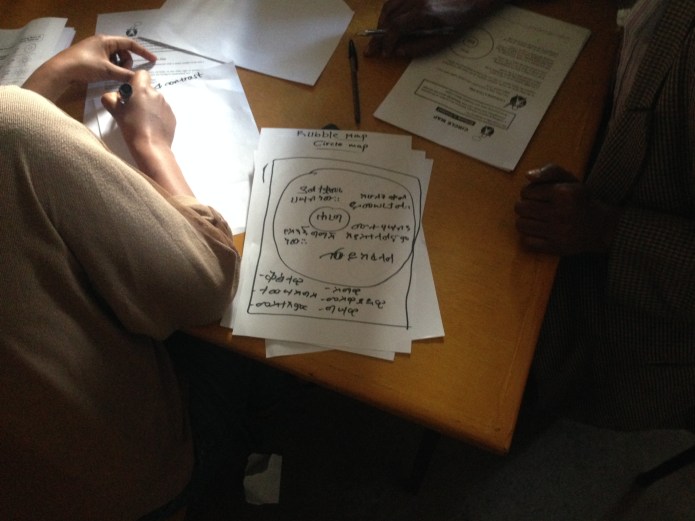 Ediget primary school is located in Addis Ketema Sub City. There are about 850 students in the school, 47 teachers and 3 principals. A large proportion of the student population of the school do not have parents (these students live their lives under the guardian of a government run institution and they are locally called “Yegibi Lijoch” ) , some other (111 of the students ) are provided meals by the school at the school site since these students could not afford to provide themselves with the basic necessities of subsistence and most of them come from low income families. 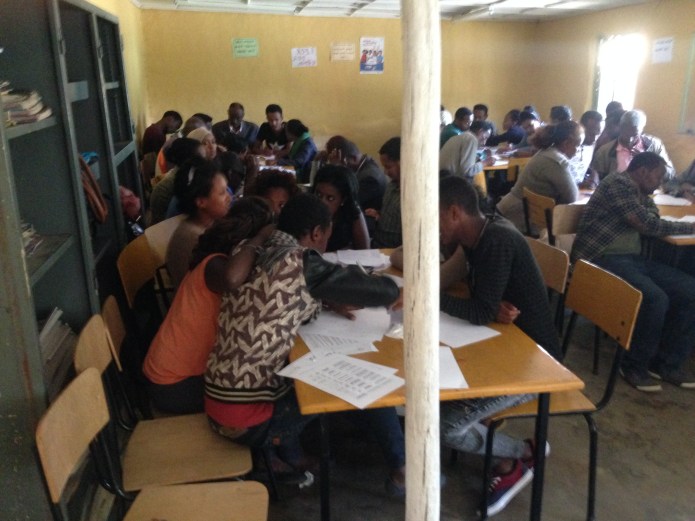 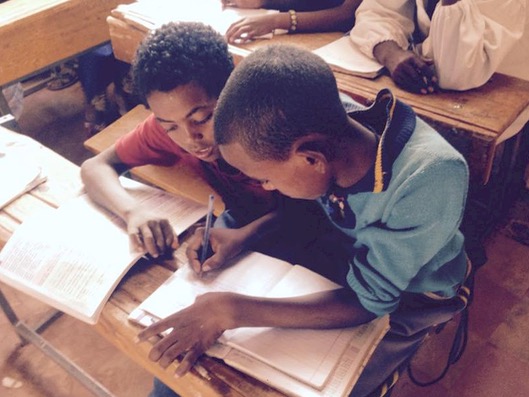 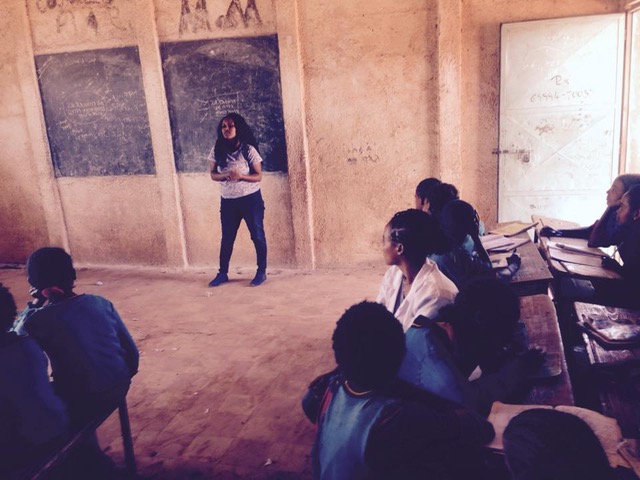 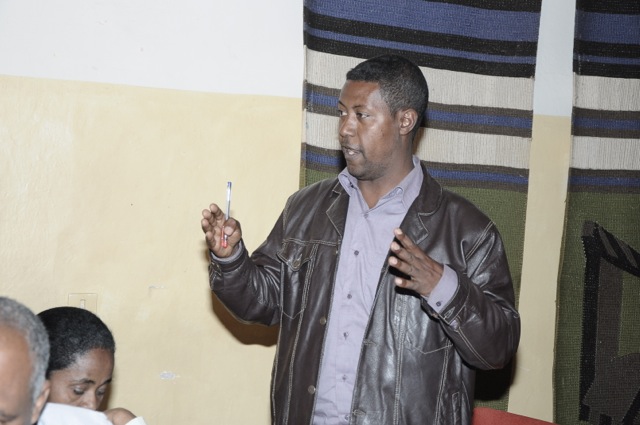 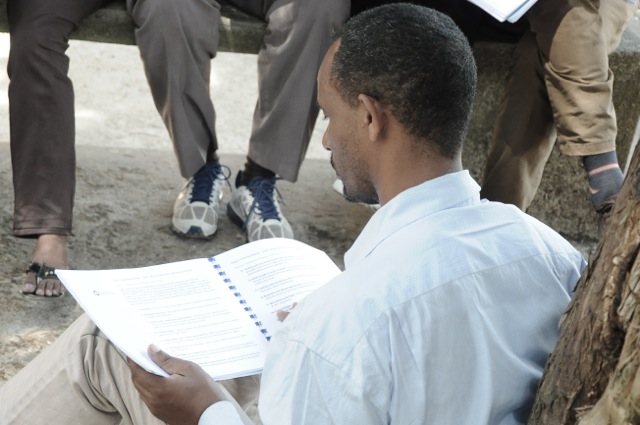 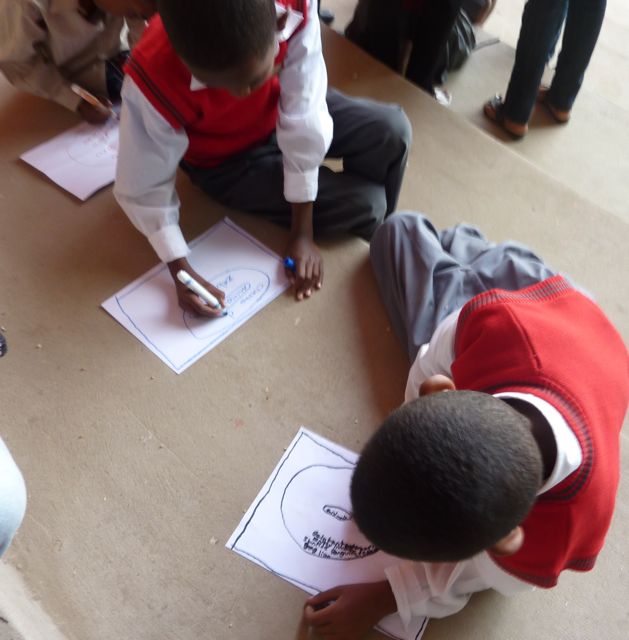