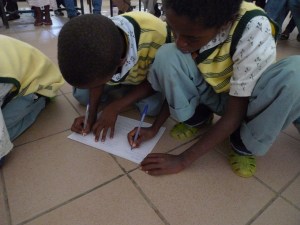 More than 200 years ago, the English historian Edward Gibbon wrote about a people who ignored the world and nearly lost their society.

“Encompassed on all sides by the enemies of their religion the Ethiopians slept near a thousand years, forgetful of the world, by whom they were forgotten,” Gibbon wrote in The Decline and Fall of the Roman Empire: “Only after the ancient Portuguese gave them modern weapons and materials did the Ethiopians take steps toward prosperity and independence.”

Today, Ethiopia is one of the oldest countries in the world, and at 94 million people, it has the second-highest population of any African country.

By ignoring what was happening in the rest of their world, the ancient Ethiopians made a dangerous mistake. But theirs is more than a history lesson. The “sleep” Gibbon wrote about centuries ago has implications for modern societies — not only Ethiopia, but also here in the United States and elsewhere. It is a different type of “sleep” — a lack of appreciation for historic struggles for human rights and racial and gender equality that bind people throughout the world — yet it, too, threatens the future and prosperity of young Blacks and people of color in the United States, Ethiopia and across the globe.

Young people need the tools and skills to connect past, present and future. They need educational approaches that teach them to understand and respect different perspectives — and to harvest those perspectives for mutual benefit, in a way that allows them to solve problems collaboratively, whether they are battling City Hall or consulting as an adult with a multi-national business halfway around the world.

Without this level of awareness and engagement, it is Blacks, people of color and those struggling with poverty who are endangered.

It’s not enough to say Black Lives Matter. We must believe Black Minds Matter. We must teach every young person not only content, but also the processing and evaluation skills — or the pedagogy — needed to give subject matter context, and employ it to solve society’s problems. Skills to be taught and learned for 21st century success include: global awareness; international collaboration; critical thinking; synthesis; creativity and computing. This is how we create confident, inquisitive, lifelong learners who will build a better world by protecting the environment, addressing poverty, managing unprecedented human migration and deepening the support for human rights.

Time and again, we have seen what happens in the United States when people from different backgrounds fail to acknowledge each other’s reality. This continues to split people of color and many Whites — causing fear of change and strident calls for retrenchment and changes in governance. In Ethiopia, where gender inequality is a top social issue, the divide often occurs between men and women.

We must continually mediate these and other issues before they become entrenched and pervasive misunderstandings. We must accept that “frame of reference” is an important part of the “prior knowledge” necessary for bridging academic gaps. Not all knowledge comes from a book, lecture or classroom teacher. Knowledge also can be witnessed, felt, perceived, experienced. And that “frame of reference” can enable us to relate to events we do not personally experience.

Education models of change are well underway. For example, in the United States, the National Urban Alliance for Effective Education provides professional development so educators can harness a student’s culture or “frame of reference” and use it to help every student, regardless of race or cultural or economic background, to reach his or her potential. In Eastern Africa, the Thinking Schools Ethiopia project uses a pedagogy that includes frame of reference, inquiry and collaboration. The pedagogy explores subjects such as

relationships between historic oppression and the subjugation of the Black experience in Ethiopia today. By so doing, commitment to learning and effort is expanded and lives are improved.

The classroom can and should be the incubator for change — the great equalizer for children and communities across the globe. In an age of global strife, to lose sight of the role of progressive education in the lives of children is to admit defeat in a war of ideas we cannot afford to lose. What do we tell the children when the lives of so many remain in turmoil? Is it not the responsibility of adults and children to defend the values of social and human justice in a diverse world? The children deserve answers in an increasingly scary global community.

Robert Seth Price is director of Thinking Schools Ethiopia www.thinkingschoolsethiopia.com. He can be reached at robert@eggplant.org. 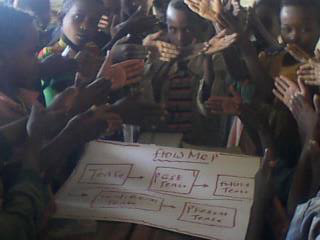 First we are given some training about the Thinking Schools Ethiopia training. After that these photos of students are when the teacher teaches for the students about the topic in the English subject. The students are learning one topic about TENSE using the map of Circle Map in 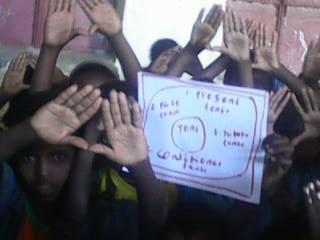 The school recently participated in both the Trainer of Trainers professional development and the whole school training with the Trainer of Trainers under the guidance of Thinking Schools International Global Trainer Robert Seth Price and the Thinking Schools Ethiopia County Trainers Atsede Tsehayou and Dagim Melese. Thinking Schools Ethiopia – Tigray is a collaboration of Tigray Development Association and Thinking Foundation for 37 model schools in 12 Woredas located in all  7 zonal administrations with funding administered by Initiative Africa for a Girl’s Empowerment Whole School Change grant from Sida (Swedish Development Agency) that began as a grass roots project by Robert Seth Price along with lead country trainers Atsede Tsehayou and Dagim Melese. Read the chapter on Ethiopia in the Corwin Press book Pathways to Thinking Schools. 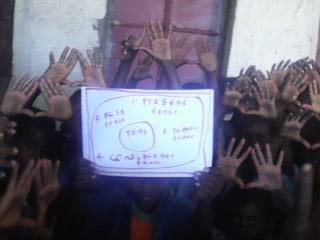 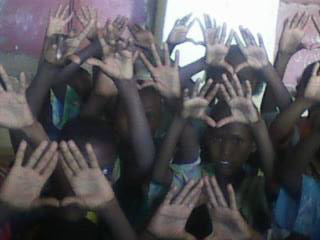 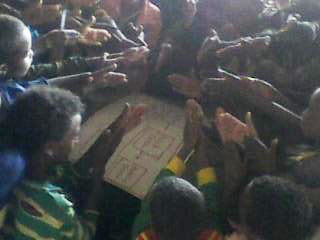