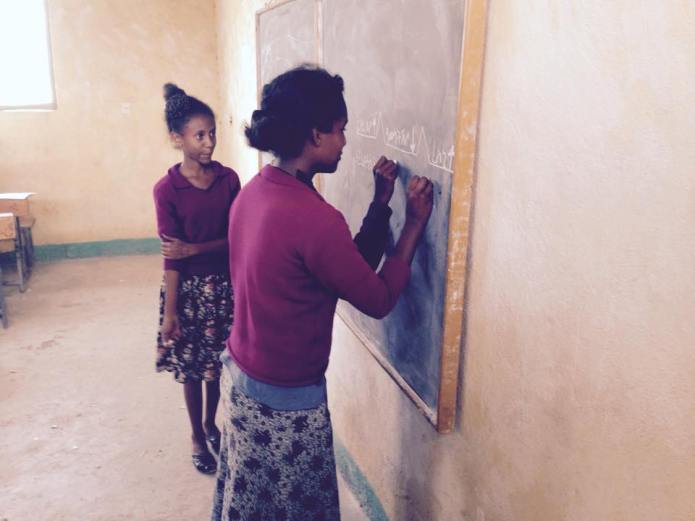 Students using a Bridge Map for showing relationships as part of a classroom lesson at Almaz Alemu Elementary School. 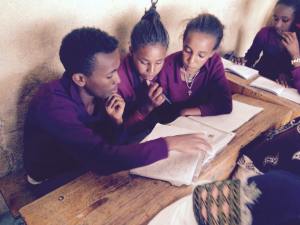 One of site visits in Maychew was paid to a school called Almaz Alemu (after a heroine in Tigrayan People’s Liberation Front’s (TPLF) fight against the Derg regime). The school is presently led by a young woman named  Atsede.  We have seen girls parliament at the school . The parliament works for girls needs, rights, support, and acquiring of leadership skills. 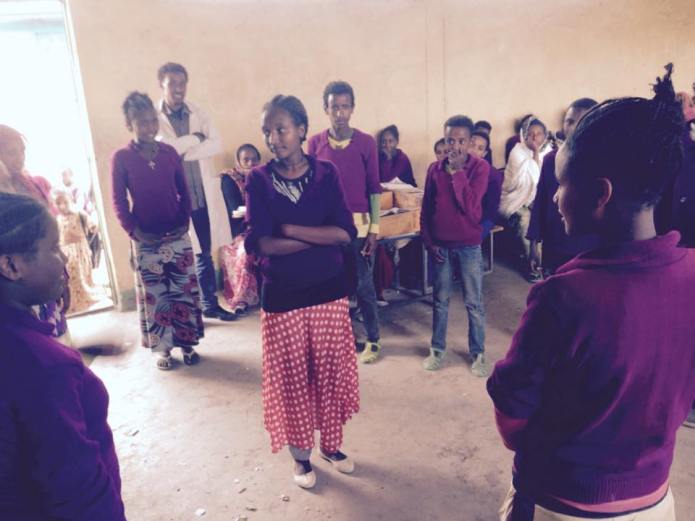 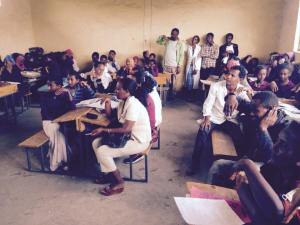 Students and educators showing the hand symbol for a Tree Map which is for categorizing.

We did a mini professional development in which we reviewed the TSE model, briefly explained the research basis of use of visual tools and did collegial coaching and demonstration lessons .

The demo lesson was about electric current and resistance. Atsede (a TSE trainer worked with a physics teacher to do the demo lesson). 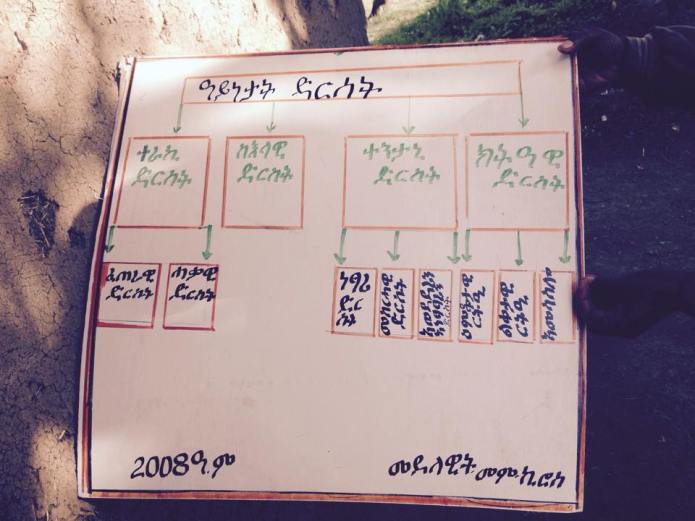 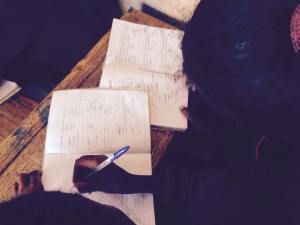 Subsequently Atsede drew a Bridge Map for thinking about relationships with types of circuits and resistance levels. The bridge map was incomplete it was meant to be completed by students. Then students tried completing it by taking turns writing on the black board.

Students were then given assignment to complete the bridge map in their exercise books. Teachers were observing what was happening taking notes, and writing questions as part of the Collegial Coaching model.

During the debriefing session teachers shared that the demo lesson has shown the potential use of the Thinking Maps for content areas which would otherwise have been seen simply unfit for mapping .

Teachers reported that they are now encouraged to start using the maps in their classes. They said they have seen high levels of students engagement, collaboration, motivation to learn, and also recognize that students have much prior knowledge to contribute to learning. 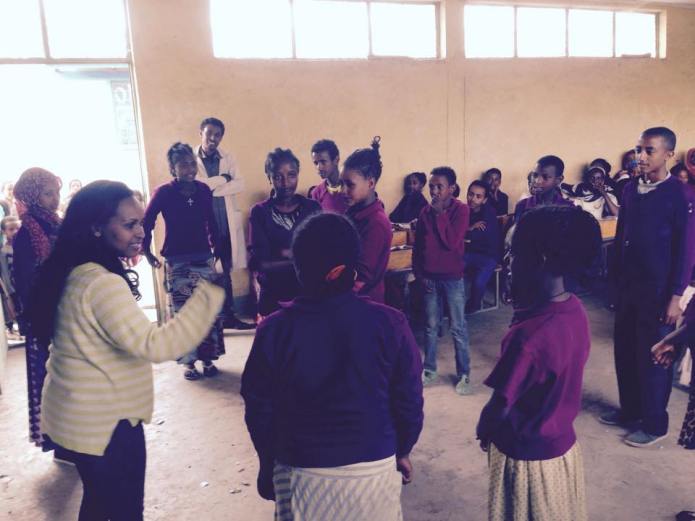 Atsede modeling a community building exercise with students at Almaz Alemu Elementary School, which is a key part of the TSE model. 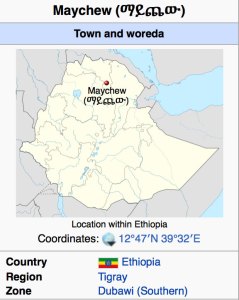 funding administered by Initiative Africa for a Girl’s Empowerment Whole School Change grant from Sida (Swedish Development Agency) that began as a grass roots project by Robert Seth Price along with lead country trainers Atsede Tsehayou and Dagim Melese. Read the chapter on Ethiopia in the Corwin Press book Pathways to Thinking Schools.

Maychew, also Maichew (Ge’ez: ማይጨው), is a town and woreda in the Tigray Region of Ethiopia. It is located at 665 km north of Addis Ababaalong Ethiopian Highway 1 which runs to Mekelle (the capital city of Tigray region) with an altitude of 2479 m. According to Ethiopia’s agro-ecological setting, Maychew and its environs are classified under the Weinadega (semi-temperate zone). 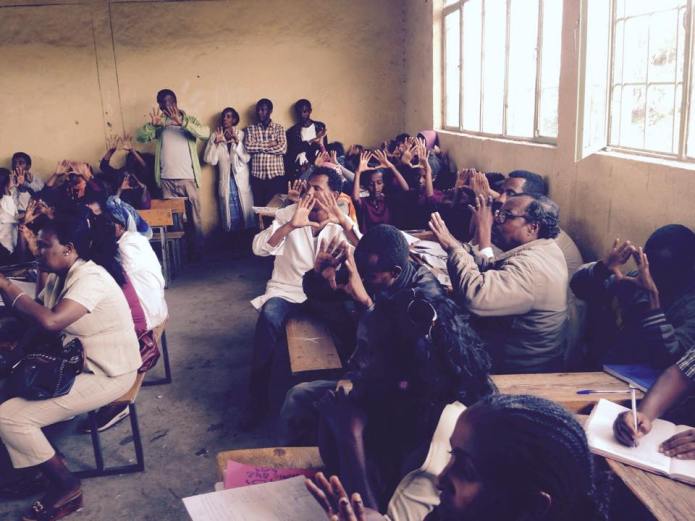